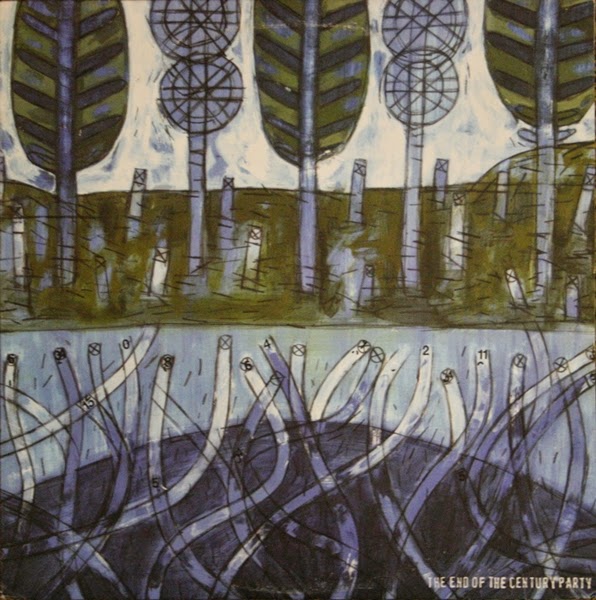 Next up I've got the sole Lp from Florida's End of the Century Party.  Hailing from Tampa in the mid to late 90's, End of the Century Party were part of the same scene that produced legendary thrashers Asshole Parade, and the slightly less legendary, but still killer, Palatka.  Always a bit of an anomaly in a region that seemed to be defined by No Idea records and Gainesville bands like Hot Water Music, groups like Asshole Parade, End of the Century Party and Palatka coexisted with the relatively lighter and poppier bands that populated the Florida scene at the time.  End of the Century Party played fast and furious hardcore infused with a myriad of tempo changes, intricate guitar work and intensely screamed vocals.  This record brings to mind contemporary bands like Rorschach or, most especially, South Carolina purveyors of "emo violence" In/Humanity.  EOCP's drummer, B, now pounds the skins for the amazing No Statik, out of San Francisco - if that helps provide a frame of reference.

The End of the Century Party - Isn't It Perfectly Fucking Delightful To Be So Goddamn Certain Lp
Posted by Mike at 4:18 PM