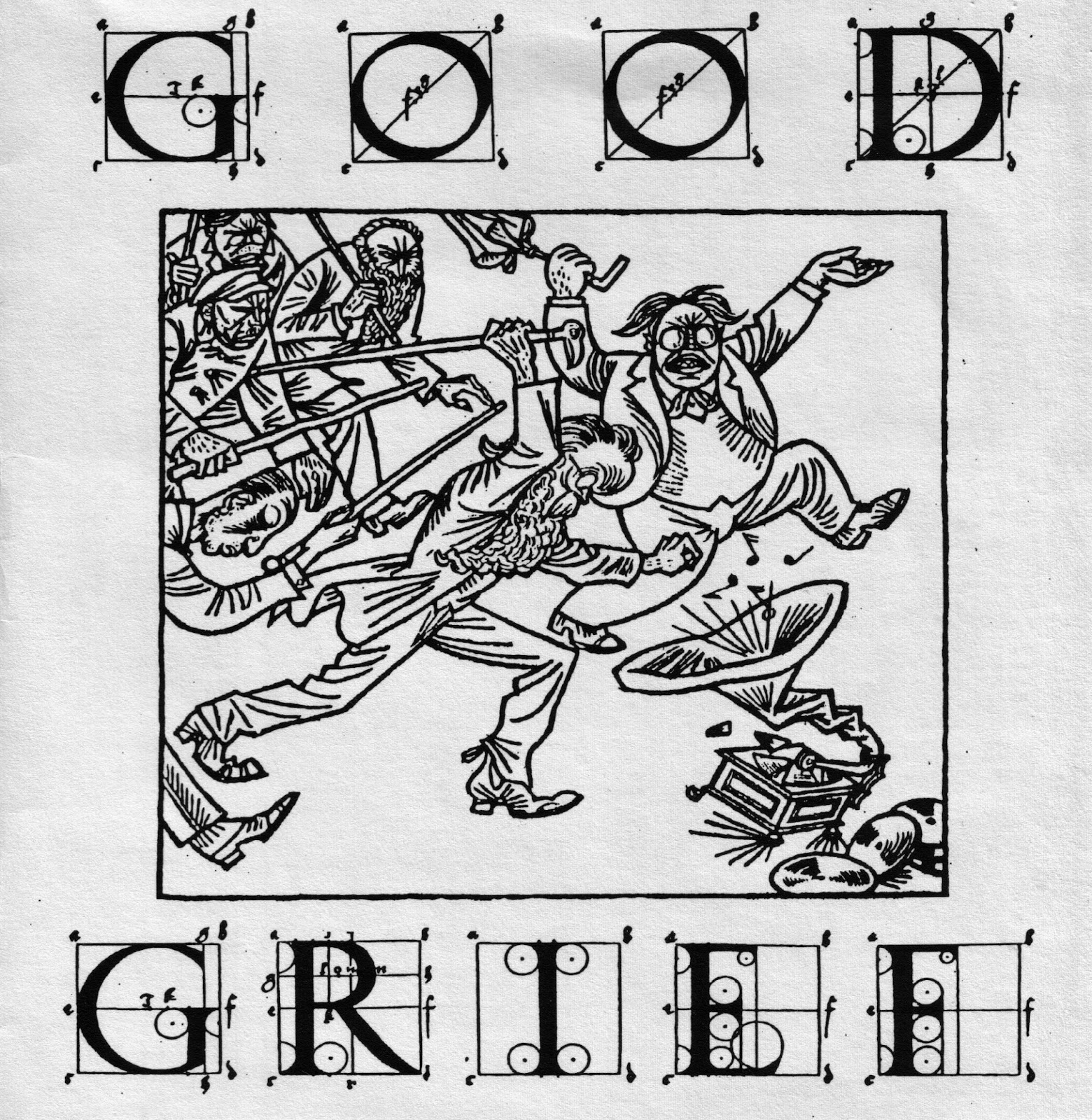 Well, after that huge Cringer post I will stay with the Bay Area pop-punk for a minute.  Here is almost everything from a short lived band from the same era - Good Grief.  This band formed shortly after the dissolution of Cringer and featured one of their guitarists (the other being Lance who formed the prolific and long-running J Church).  Good Grief only released one 7" and a few compilation tracks.  Their sound is very Cringer-esque but with fairly gruff female vocals.  After this band, several members went on to form a new group called Buttafuoco and release a few more Eps in the same vein.  Included in this file with Good Grief's self-titled Ep are two 7" compilations that they appeared on - the "This is Fucked, This is Shit" and "There's A Faggot in the Pit" comps.  Each one features other Bay Area luminaries from the time (J Church, Filth, etc.) along with lesser known bands who are pretty great in their own right.  "This is Fucked, This is Shit" is one of my favorite comp. Eps from the early 1990s and the Good Grief song on that one is their best overall track I think. 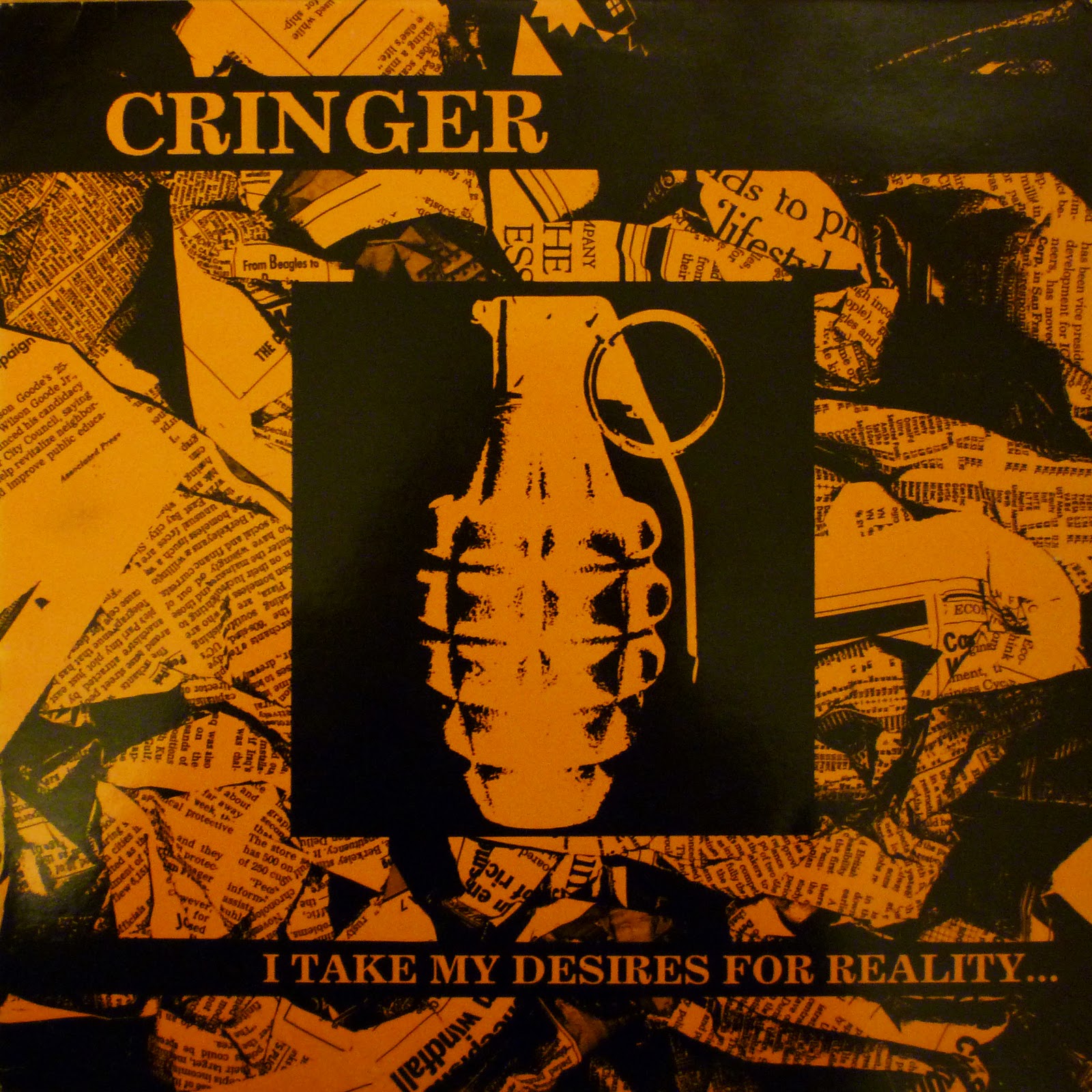 I've been posting a spate of releases from the Vinyl Communications label recently, so I'll continue in that vein with what I think was the best VC band and one of my all-time favorites, San Francisco's (via Hawaii and L.A.) Cringer.  Cringer's sound was decidedly melodic, ranging from quick HC songs to tracks which bordered on "pop-punk" (before that was a dead genre).  There's a definite U.K. punk influence, which along with the lyrics leaned them towards anarcho-punk in my opinion... topics cover the revolutionary sailors of Petrograd (Kronstadt) who challenged the Bolsheviks in Russia, Situationist inspired musings, ballads about the Baader Meinhof gang and staunchly pro-feminist and pro-animal rights songs.  All very influential to me when I was young...

Included in this file is the CD reissue of their first LP "Tikki Tikki Tembo..." that incorporated their early Eps along with the 12".  Also enclosed is the "Greatest Hits Vol. 1" CD which compiled most of their remaining Eps and many of their compilation only tracks, making these two CDs cover the bulk of their official output.  I've also included the "I Take My Desires of Reality..." 12" which I posted a while back.  All those songs appear on the "Greatest Hits Vol. 1" CD but I'm partial to the high quality vinyl rip I made of that one.  Lastly, the file also contains Cringer's "Live in Europe" Ep... a 7" that is exactly what it says and their only Ep that doesn't appear on the CD reissues. 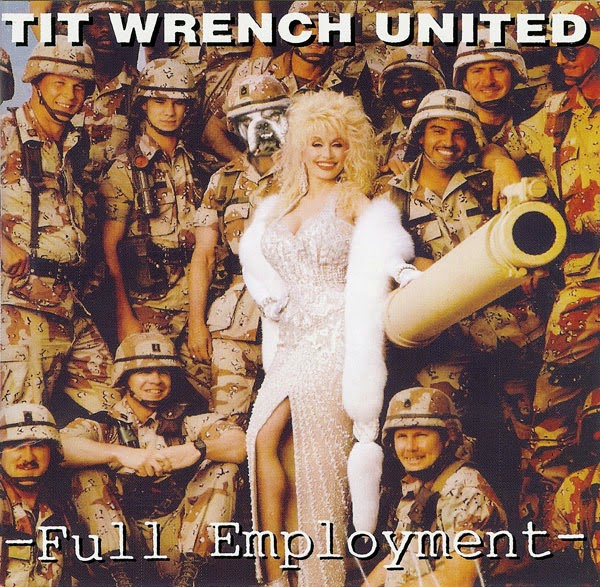 Well, as I promised a while back, here is the early "Best Of" CD from early 90s San Diego weirdos Tit Wrench.  They appeared on the "Beautiful Music for Beautiful People" compilation I recently reposted and featured Bob Barley, proprietor of Vinyl Communications Records on vocals.  Tit Wrench played fast and abrasive electronic music with sarcastic and silly lyrics and plenty of smarmy attitude - punk bands like The Feeders, The Crucifucks or Dead Kennedys come to mind, but with a furious techno beat.  This "Best Of" collection contains virtually their entire discography, aside from their second Lp, and includes a cover of fellow San Diego and Vinyl Communications band Amenity's song "Forward Into the Past."  Not essential but a fun listen nonetheless... definitely interesting for the time period.

Amenity - Forward Into the Past (Repost) 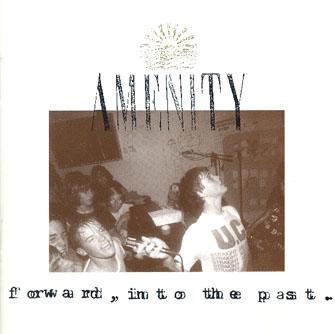 Here is the Discography CD from Chula Vista hardcore band Amenity.  They appeared on the "They Don't Get Paid..." comp. I just re-posted and were a staple of the Southern California HC scene in the late 80s.  A straight edge band with posi lyrics and a healthy social conscience, musically they seem to me to straddle the line between bands like Ignition and Verbal Assault and the emergence of early 90s chugga-chugga style HC as practiced by groups like Groundwork and Chokehold.  Their "This Is Our Struggle" 7" was a mainstay on my turntable back then.  This CD, issued by Vinyl Communications, includes their Eps and compilation tracks, demos and some live tunes, including cool cover songs.  The sound quality on much of this collection is lacking but the early tracks, though rough, include some great HC tunes.  The later material is more mid-paced and rocking, but still powerful and the lyrics are great.  I bet these dudes were awesome live.

Amenity - Forward Into the Past CD