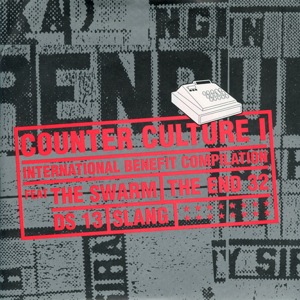 Alright, I made it back to town from my travels abroad and it's time for more tunes.  This week's record is an international hardcore compilation 7" from 1999 which features some heavy hitters.  The "Counter Culture" comp. came out on Coalition records and has exclusive tracks from Canada's The Swarm, Japan's Slang and Swedish thrash legends D.S.-13.  I think my copy is a promo edition or something because the official version featured a different cover and came with a huge booklet that mine lacks.  Regardless, the music on this one absolutely kills.  This record features possibly my favorite two Slang tracks ever.  The Swarm and D.S.-13 rule, as usual.  Also included is an Indonesian band called The End 32 which I know very little about.  Their three songs fit right in, though, as they serve up some raw, fast, brutal hardcore.  A flawless collection of HC. 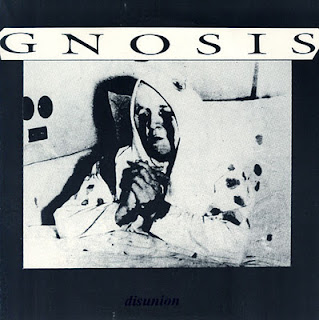 Alright, time for another band from my hometown, or close by anyways.  Gnosis were a short lived group from Raleigh, North Carolina that played some heavily Neurosis inspired noisy HC.  This 7" came out in 1994 and is their only official release, as far as I know.  As I mentioned, there is a definite early Neurosis feel to this record.  The opening track is a noisy intro which is followed by two quick HC songs and the final track is a longer, dirgy number laden with samples - not too unlike fellow North Carolinians Buzzoven.  All-in-all, a great slice of mid-90's hardcore and a hidden gem from the Southeastern USA.  Jaime from Gnosis now plays in Devour, who are great in their own right.

A side note about the blog, I'll be heading out traveling next week, so I may not be able to post again until I return in late November.  So download and enjoy and I'll be back in a few weeks with new records to share. 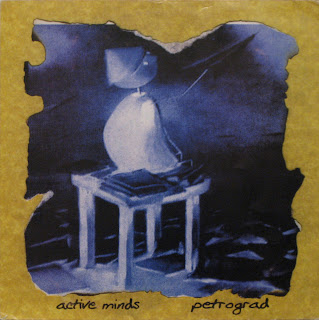 OK, finally some time to upload a new post.  Going off the last 12" I posted, the record this week is a split which features a band who took their name from a Cringer song and actually does a Cringer cover on this record.  Petrograd was from the tiny country of Luxembourg and evolved from a melodic punk group into a more of a DIY political pop band.  I like all of their material, even though the later stuff is more mild musically.  Still, the lyrics and intent were good and their later records are packed with good songs.  This early record is more on the pop-punk side of things.  As I mentioned, they do a Cringer cover and they are definitely heavily influenced by that sound at this point.

On the other side we have quite a contrast in Active Minds.  A thrashy, low-fi duo (only guitars, drums and vocals), Active Minds is pretty much legendary at this point.  They've been around since the late 80s and still play manic HC to this day.  Their side of the split features their usual quality material - great lyrics and blistering tempos.  One of my favorite AM songs is on this one: "Walking Billboards."  A little slower and longer than most of their tracks, but it's got a great melodic sound to it.  Overall, a great split and interesting pairing of contrasting styles of punk.