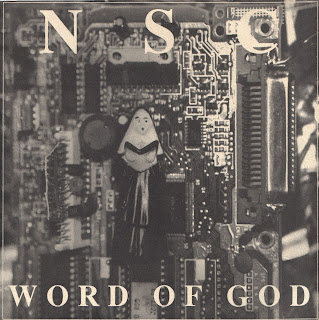 Ok, with all the holiday traveling I've been doing, I only have time for one last post for this year.  Up next is yet another short lived band from the early 90s.  N.S.C. hailed from Salt Lake City, Utah and played some crusty, anarcho influenced punk featuring male and female vocals.  Several tracks on this Ep are fairly straight forward crusty punk, similar to Mankind? or Resist.  A couple of tracks are longer and have what I'd call "theatrical" interludes which bring to mind bands like the False Prophets or even later Dead Kennedys.  The final track is a mash-up of shitty rock covers with the lyrics changed to lampoon major label bands.  Overall, though, this is an interesting collection of tunes which stuck out for me at the time.  The only other N.S.C. release I know of is a track on the Our Voice Pro-Choice comp. which also featured Born Against and Heroin.

Everybody have a happy and safe New Year's Eve and I'll be back with more records in 2012! 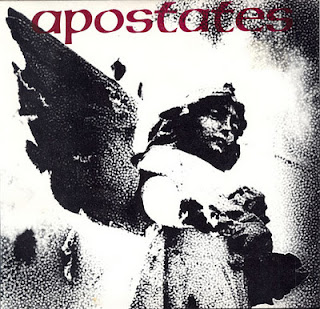 Here is a fairly obscure release from a band on the fringe of the NY punk scene in the late 80s and early 90s.  Apostates appeared on some NY punk compilations, notably Squat or Rot, Vol. 2 - along with Jesus Chrust, Yuppicide and others.  This 7" was released soon after and featured the song from that comp. with 2 additional tracks.  Apostates had a distinctive sound and were unlike most other NYHC bands of the time.  This record has a real anarcho-punk meets folk rock feel to it.  For reference, I'd compare it to the Pollution Circus Ep I posted a while back, or to some of that first Terminus Lp.  Apparently the band went in a more Goth direction after this record, though I've not heard anything else from them.  They have a site with the band's history and activities these days.  Whatever became of them, this Ep is a great record with an unconventional sound. 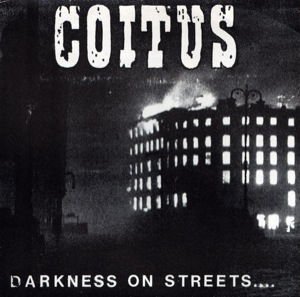 Time for another Tribal War release, this one from the U.K.'s Coitus.  These guys were around in the early to mid 90's and played some seriously metal-tinged punk.  Generally mid-tempo with a strong Celtic Frost meets Discharge vibe, Coitus were a breath of fresh air in the era of straight up Dis-clones.  A little while back someone released a 2 CD discography of their material, including this Ep and their demos and compilation tracks.  I've not gotten a copy yet but it's on my wants list for sure.  Another blog posted the Coitus demos here if you are interested.  More great stuff from the 90s. 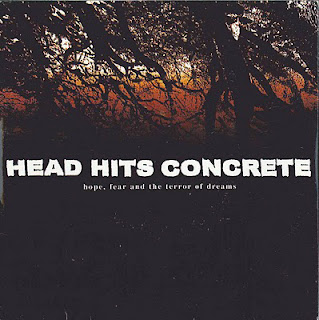 This week I've got another Canadian band, Winnipeg's Head Hits Concrete.  These guys play some brutal grindcore with a slight tech-metal influence.  Their sound reminds me a bit of Discordance Axis or fellow Canadians Malefaction.  HHC existed from 1999 to 2004, though there are rumors that they are back together and recording new material.  This Ep is from 2003 and came out on Intolerant Messiah records.

Head Hits Concrete - Hope, Fear and the Terror of Dreams Ep
Posted by Mike at 2:43 PM No comments: