Paranoia - The Many Face Of... 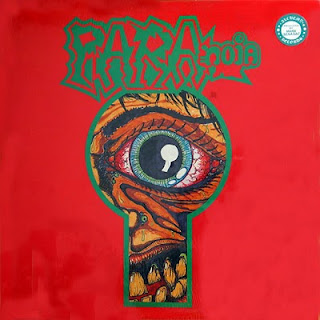 This week, it's time for some Bay Area Thrash... in the form of Paranoia and their one and only Lp "The Many Faces Of..."  I don't know too much about these dudes.  This record came out in 1989 on the great Alchemy Records - the same label that unleashed the first Neurosis Lp, the first Sacrilege B.C. Lp, Clown Alley, as well as some later Poison Idea and RKL records.  I found this one in a used bin a while back and bought it solely on the merit of the label.  I was pleasantly surprised when I spun the record - some great crossover thrash directly influenced by the likes of Attitude Adjustment or The Accüsed.  Not as iconic as those groups but definitely a solid record from the heyday of this sound. 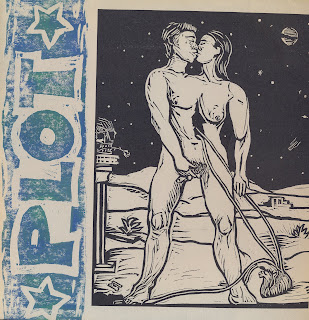 Time for another compilation... this one is from Germany and was a benefit release for Plot fanzine.  It's simply entitled "Plot Comp." and featured some of the heavyweight of 90s German hardcore.  Here's the full track list:

Metalcore was really big over there at this time and a few of these bands lean that way (Acme, Ego-Trip, Zorn) but this release kept mostly to fast HC with a decent dose of heaviness.  Beyond the expected greatness of groups like Stack and Luzifers Mob, my favorite tracks are from Wounded Knee, Graue Zellen, Golgatha and Ambush.  The only disappointing tracks are the Slumlords and the final one from Bohren... some kind of lounge music outro thing.  Every other song on this comp. kills...

I hadn't noticed that the last two songs on the Undone Lp were cut off when I zipped the file.  Thanks to Uovo Duro for pointing out the error.  I have deleted the old version with only 8 songs and re-upped the full 10 track LP.  New link is below and in the original post.  Please re-download for the full Lp.  Sorry for the mix-up!

Up next is another U.S. group, this time its Arizona's Conspiracy of Equals.  We've met these guys before on the They Don't Get Paid... and Earth Rapers... compilations.  On both of those records they provided one of the better tracks.  This post contains their 2 Eps.  These 7"ers, along with those 2 comp. tracks make up their entire discography, as far as I can tell.  COE played dark hardcore with an early Neurosis feel and political lyrics.  These Eps remind me a bit of the second Christ on Parade Lp as well... either way, good stuff.  "Grand Illusion" is the better record for my money but "Feel the Beauty" has it's moments as well.  Download and check them out for yourself!

Conspiracy of Equals - Feel the Beauty and Grand Illusion Eps
Posted by Mike at 4:35 PM 2 comments: 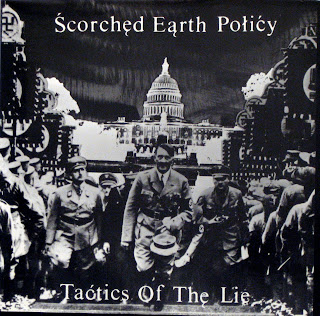 Here's another Texas band, Scorched Earth Policy is an early group from Jack Control, later of Severed Head of State and World Burns to Death.  This Lp is the second release on his seminal Mind Control label.  Coming from a guy who's fronted D-beat juggernauts like SHoS and WBtD you probably have a good idea of what this one entails, however, this SEP Lp is one of my favorite releases of his.  These songs are faster with a mean Scandi-core sound that I think his later bands lack.  There are a few "noise" tracks with samples and such that break up the flow a bit - similar to the Antischism Lp but fortunately they are slight detours quickly followed by raging blasts of hardcore.  A side note, Martin from Los Crudos does vocals on part of one track - interjecting some thoughts in Spanish on Peru's Marxist Shining Path guerrillas.  Another great hardcore record from the 90s.