The Dead Hate the Living 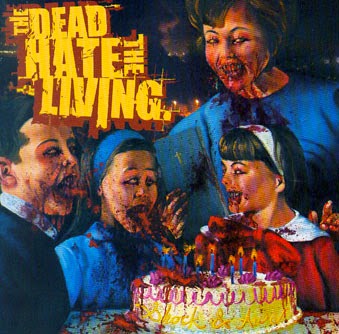 Here is the complete discography of a great early 2000s band from Cincinnati, Ohio… The Dead Hate the Living.  These guys and gal played hyper speed hardcore with kind of a hybrid sound - sort of like screamy thrash with scandi-core riffage and a slight black metal influence.  I had the opportunity to see them several times on one of their east coast tours and I can attest that they killed it live.  Nice folks, too.  This file has their self-released full length demo (which came packaged in a DVD case), their 7” entitled “Take That World!” and their sole Lp “Shock and Awe.”  A couple of these guys carried on into other similar sounding projects like the short lived Dismal and, later, Black Dove.  I’ll probably be posting that material next time as all these related bands are great.  Oh, and TDHTL featured members of Memento Mori in case that interests anyone…

The Dead Hate the Living - Discography
Posted by Mike at 3:36 PM