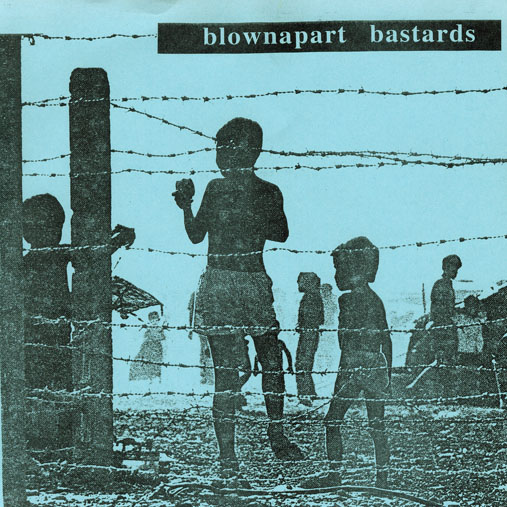 Here is pretty much everything from fellow North Carolinians Blownapart Bastards.  I saw these guys many times when I lived in N.C. -  BB played pretty much every show in the area back then.  Their sound was fairly lo-fi, vaguely crusty inspired HC with political lyrics - often mocking but also sometimes pointed.  Included here is their "Requestioning Violence" Ep, and their split Eps with All You Can Eat, Resol and Oi Polloi.  Fugitive Equilibrium posted two compilations featuring BB tracks as well.  My fave song of theirs was featured on the Unforseen Disasters comp., but "Requestioning Violence" stands out as their most solid release.  I've included both sides of their splits in the file.  Red went on to play for Oi Polloi and joined Rick to form the great Uwharria later on.  Awesome early 90s nostalgia.. check it out.