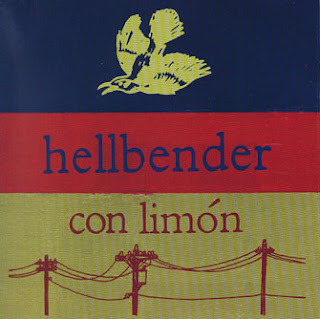 Yet another North Carolina band here... Hellbender were from the Chapel Hill/Carrboro area and were active in the mid-1990's.  They played a rockin' version of punk that would probably fall somewhere within the orbit of the whole 90's "pop-punk" scene, though that description doesn't really do them justice.  Their sound fits better somewhere in the region of Jawbreaker, Avail or Garden Variety, I think - melodic and well crafted songs but still punk with some palpable aggression.  They were a three-piece with two members trading songwriting and vocal duties.  The members included Al Burian, formerly of Celibate Commandos who went on to form Milemarker and later Canadian Rifle (though he left after their first couple of Eps) and their drummer went on to play for Les Savy Fav after Hellbender's demise.  Anyways, the band did a few singles and three full-lengths.  Collected here are the 3 LPs: a self-titled CD, then the Footprint of the American Chicken and Con Limón LPs.  Picking a favorite is difficult - the first is clearly a record where their sound is still developing but the second finds them fully-formed and has some great tunes, probably their best individual tracks.  I've always been partial to the third though, as a complete album where the songs transition well and each one seems to build on the other...  Regardless, their whole catalog is great and they remain one of my favorites from the 1990s NC scene I grew up with.

Hellbender - Self-Titled, Footprint of the American Chicken and Con Limón 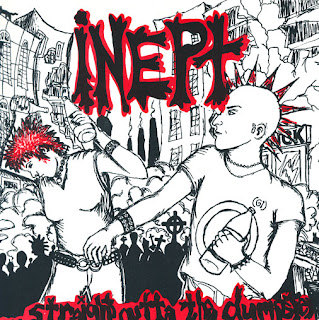 I'm keeping with the North Carolina punk theme for a bit... Inept hailed from Raleigh and played a relatively sloppy version of 90's D-beat influenced peace punk, a sound that was ascending at the time with the popularity of bands like Aus Rotten, Final Warning and The Pist.  Inept featured dual male/female vocals which brings to mind contemporaries like Mankind?  or older groups like Dirt and Nausea.  Despite the horrible title and ludicrous cover, the Ep features five rather bouncing tracks in this style with vaguely political lyrics and lots of heart.  The sixth and final track is a Doom cover (Life Lock, one of their best tracks to my mind) which ends up the 7" on a high note.  Inept existed for around a year and this was their only release - if I recall they'd broken up by the time it came out - but in that time they opened for quite a few great bands who played Raleigh at the time, from Aus Rotten to Damad to the Varukers. 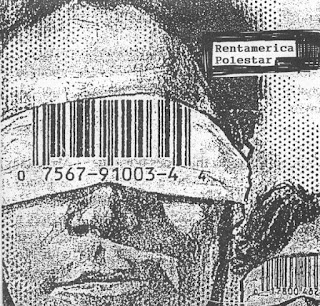 More North Carolina Hardcore here... a split 7" from two short-lived bands, Renamerica and Polestar.  Rentamerica hailed from a small town in NC and played fast and thrashy hardcore with intense vocals.  As mentioned in the last post, some of these guys went on to play in Uwharria and some actually went on to form FaceDownInShit.  On the flip side is a band I know pretty much nothing about... Polestar was also from North Carolina - I think but I'm not certain as there is no info included in this record.  Polestar plays a more 90's emo or screamo take on hardcore but is nearly as intense.  These appear to be the only two tracks Polestar released while Rentamerica had another split 7" that I never got around to tracking down.  Another cool, little-known 90s hardcore release that deserves a listen... 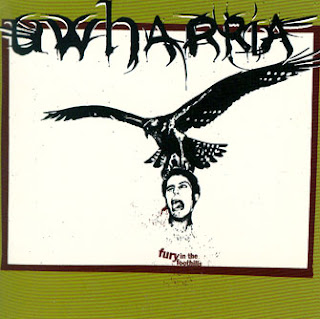 OK, it's been a little bit since I posted and honestly, life here has been fairly crazy as of late with some new developments requiring more time and attention than I am accustomed to, cutting in to my time that I can devote to the blog.  I'll try to keep coming up with posts when I am able but I can't promise there will be any regularity to them...  Anyways, with that out of the way, this post compiles most of the discography of North Carolina's eco-thrashers Uwharria.  From my home state and featuring members of Blownapart Bastards (as well as Rentamerica, Divide and Conquer, and even Oi Polloi) Uwharria played a chaotic brand of metallic hardcore that brings to mind late 80's crossover thrash - like later D.R.I. or Animosity-era C.O.C.  Rick from Blownapart's vocals remind me a bit of Blaine from the Accused on these tracks which only adds to the crossover feel...  All the lyrics concern wildlife and environmental issues (hence the "eco-thrash" tag) but with somewhat of a tongue-in-cheek attitude.  Song titles range from bird species like "Ivory-billed Woodpecker" and "Appalachian Skullcap," to the less than majestic like "Dung Beetles" and "Tick Attack."  Short-lived, Uwharria released a full length CD and a split CD with fellow N.C. punks Crimson Spectre.  I remember there also being a live CD that the band self-released but I never got my hands on that.  The link below has the full length as well as their half of the split CD, 24 tracks total.

Uwharria - "Fury in the Foothills" and Split with Crimson Spectre 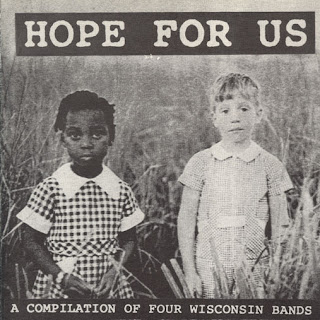 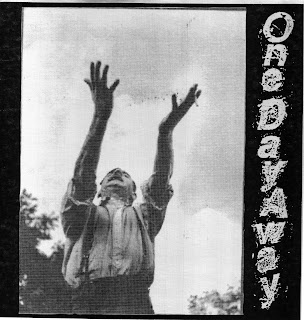 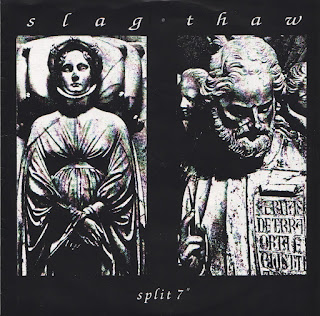